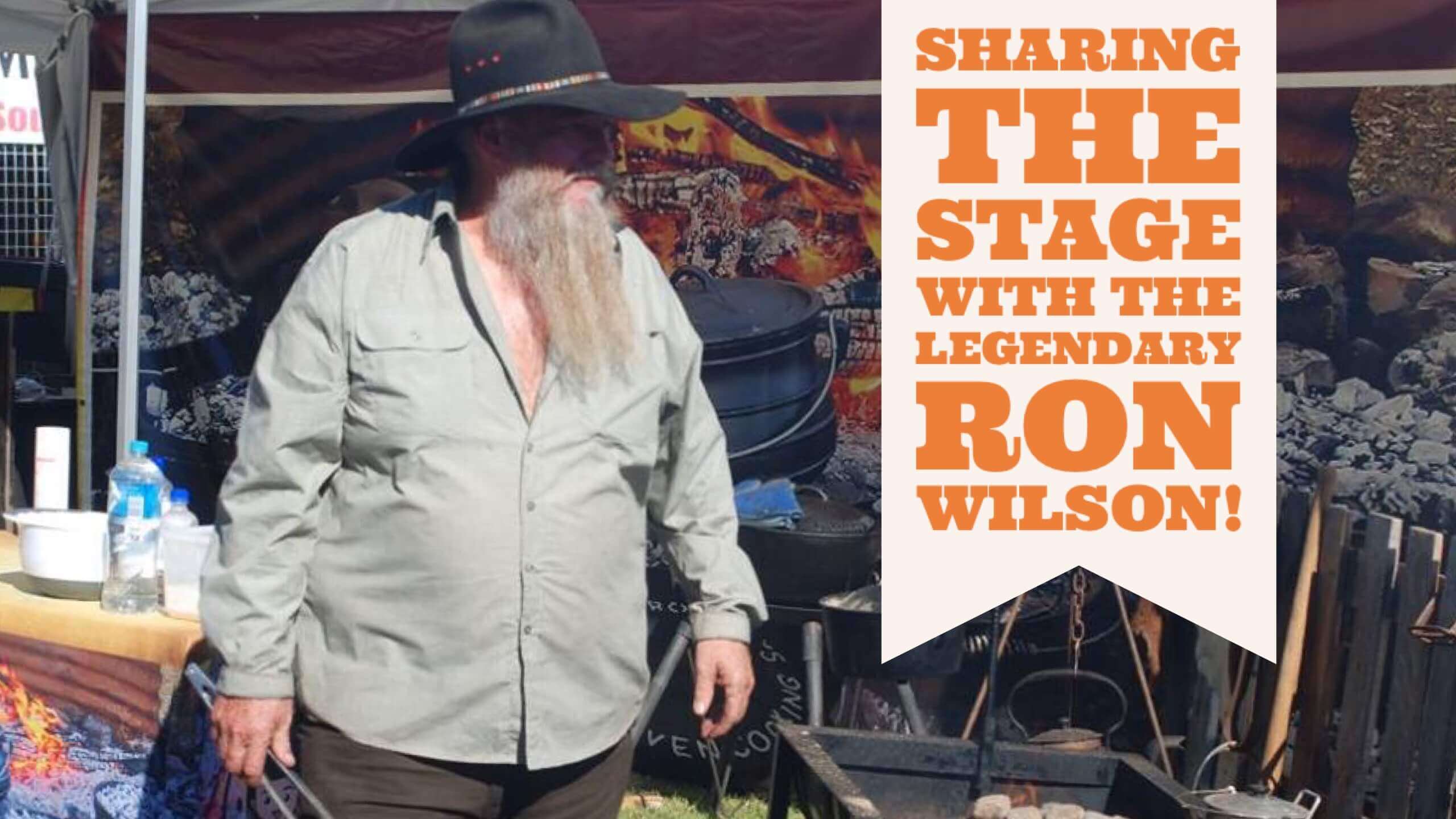 It was a week out from the Lismore 4WD Caravan, Camping and Marine Show and I just received a phone call from Ryan saying he wouldn’t be able to do the show; he had to go to Emerald for work and could not get out of it. So it looked like it was just going to be Marcel and me from Australian Outdoor Adventures doing the show.

During the week I called up Ron to tell him that it’s just Marcel, and I am going to be staying at your place, I cheekily said unless you wanted to mic up and get on stage with us.. Half an hour later he sent me a text saying that he would do it!

How awesome is that – we get to do a show with a real camp oven cook who has been collecting and using camp ovens for almost 35 years. While Ron had never been to one of our shows, he fitted in nicely, and that’s probably because he shares the same beliefs about camp oven cooking as we do.

What we talk about on stage 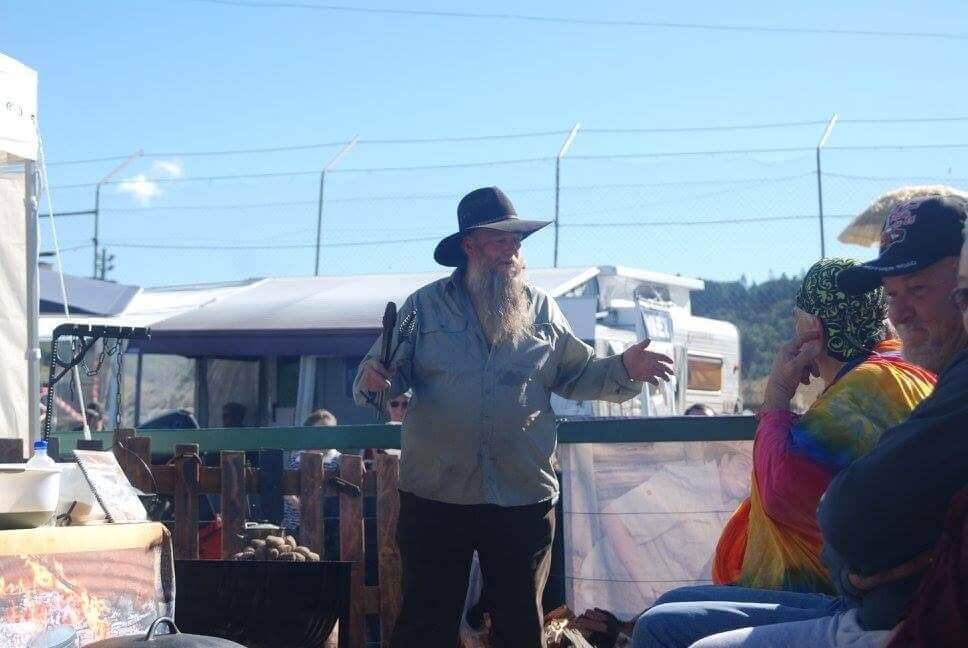 No, I’m not talking about what your thinking! I’m talking about Ron Wilson’s big camp oven, and boy did it get a lot of attention over the weekend. A while ago Nick, my brother Marcel from Australian Outdoor Adventures and myself threw our swags on the roof and set off for a boys weekend to check out his new camp oven. click here to read that story

Here are some photos from the event 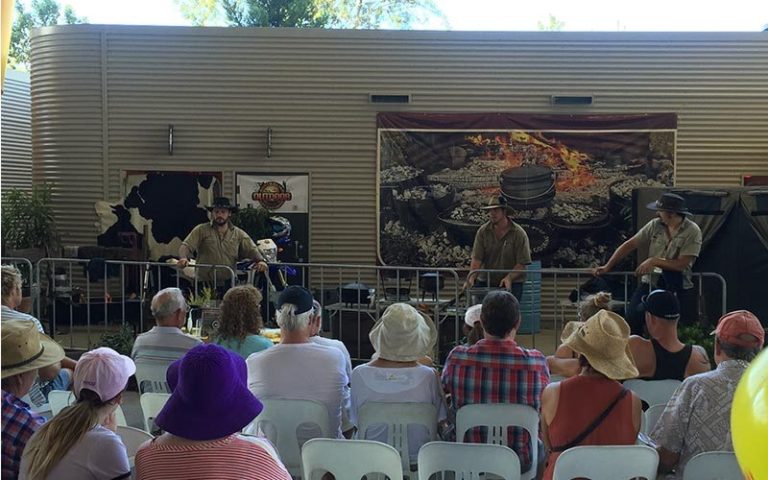 Mick and Nick from the Cast Iron Boys, and their special guest Marcel from Australian Outdoor Adventures, were doing live camp oven cooking demonstrations on the “Campfire Cooking Stage” at the Gold Coast Caravan and Camping show hosted by Caravanning Queensland. If you’ve seen the boys, you’d know this is a “must-see” opportunity for anyone… 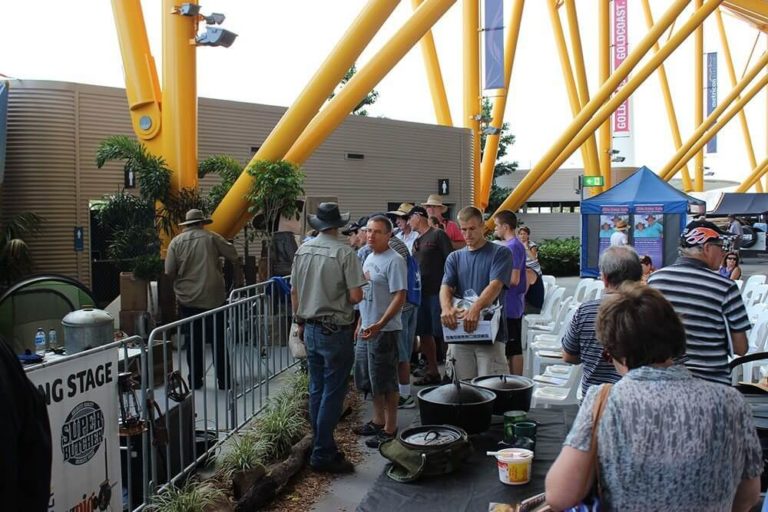 Gold Coast Caravan and Camping Show The Cast Iron Boys were doing live camp oven demonstrations on the “Campfire Cooking Stage” 4 times daily at the inaugural Gold Coast Caravan & Camping Expo by Caravanning Queensland. If you have been to one of our shows you would know that it is a “must-see” opportunity for…

Neurum Creek Bush Retreat Ahh, summertime in Australia. The smell of snags, the hustle and bustle of people heading to the water and of course, Christmas lunch. Before we get to the good stuff, why don’t we take a look at some options for a weekend or extended getaway. Recently, Mick, Nick and I buckled…