Well Nick and I from the Cast Iron Boys hit the road for a 3 hour drive to a lovely camp ground we’ve heard so much about, The Cobb & Co Nine Mile Camp Ground! Cobb & Co is  situated 10 minutes from Gympie and the drive went fast. Before we knew it we had arrived only to see what’s believed to be Australia’s largest camp oven. Naturally we had to take a photo with it.

Sean and Katherine were warm and welcoming as Mick drove up the driveway to meet them. We followed Sean to our luxury tent we had booked before we headed there and had a chance to check out the tent and the view from the private balcony. The balcony overlooked the billabong and we wanted to go for a kayak, but Nick and I had so much to do. Sean took us for a drive in his 4WD and went on a tour around this place. Brimming with beautiful scenery and the sound of wild birds whistling, was a sight and sound that is well worth the wait. Well I said now we have seen the place, lets knock out a recipe so we can relax around the camp fire. We went for a drive and found a great spot and cooked up an easy roast chook and veggies for lunch.

As the day become night it was time to relax and have a few beers around the camp fire. Sean and Katherine had a roast pork for dinner and there was plenty to share. It was a lovely meal and we continued the night down at the stage and sat by the fire. It was getting late and we wanted to be up early for a productive day, so we decided to head back to our luxury tent to get ready to hit the sack. The luxury tents are great,they have two singles and a queen bed and lighting inside the tent. All tucked up in bed, cozy and warm, we got to have a solid nights sleep.

Up at the crack of dawn, we headed to the camp kitchen for a coffee and headed of to find a nice spot by the billabong where we cranked up a fire, to make a slow cooked chicken stew for a recipe in the new cook book. Mick decided that a photo of himself paddling in a kayak would be a good photo shot. Mick almost fell into the billabong as he paddled around, so we got the photo shot and Nick helped Mick get back to dry land. We took some photos and whilst the stew was cooking, we headed to the giant camp oven. Nick made a breakfast pizza with a pancake mix, in the fry pan and it tasted great. There was plenty to share, so none went to waste.

Time flew by and before we knew it was time for us to head home. We had a lovely time, even though we had a lot of work to do while we where there. Sean and Katherine were unbelievable hosts and treated us like royalty. We can’t wait to return with the family in September for the camp oven cook up!

Photos and story by Nick and Mick. 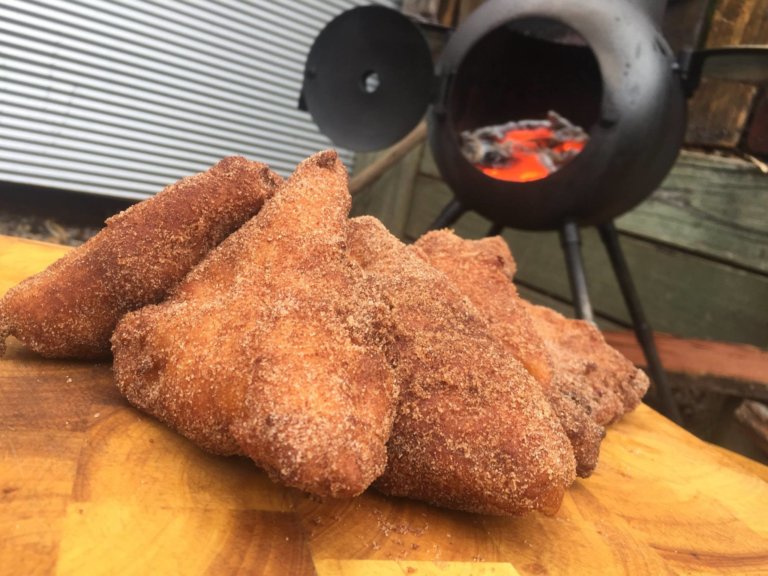 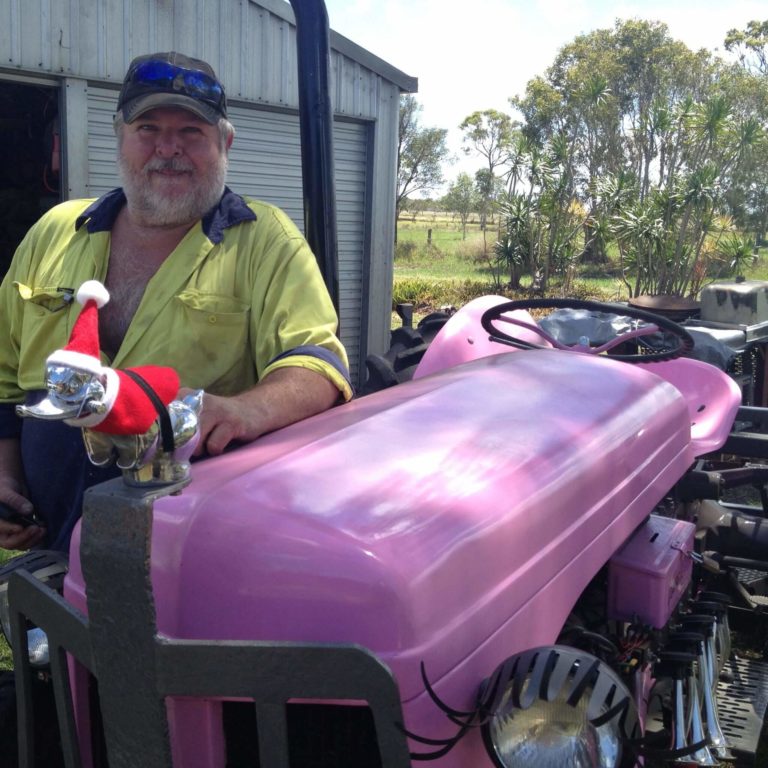 Move on over Ryan, we have to make room for the new member of cast Cast Iron Boys, (HAHA jokes!) I would like to take a moment to introduce you to my brother from another mother, Marcel From Australian Outdoor Adventures. While Ryan and his family are on a cruise (lucky bugger, I know!), Marcel will be… 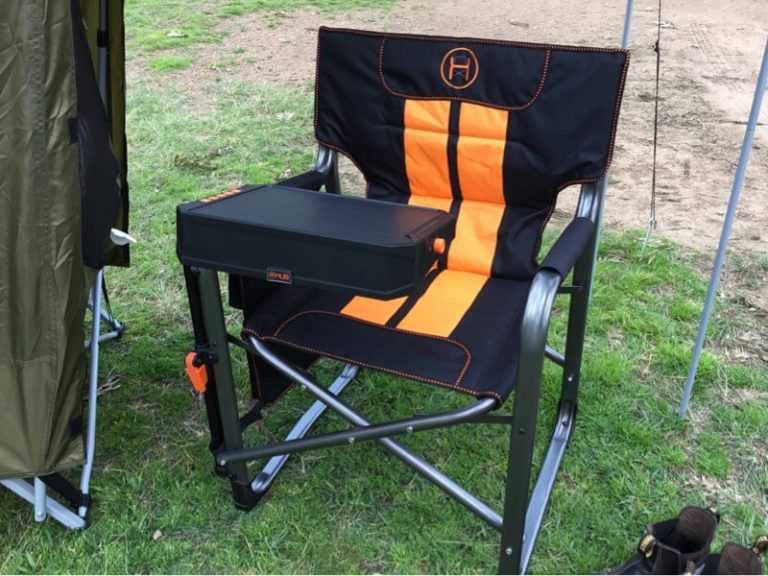 I recently got to test out the HUB Chair on a recent camping trip with Marcel from Australian Outdoor Adventures. We recently went up to Neurum Creek Bush Retreat for a camp oven cooking gig and I didn’t want to drag lots of gear with me so the Hub chair was perfect! First of all,…